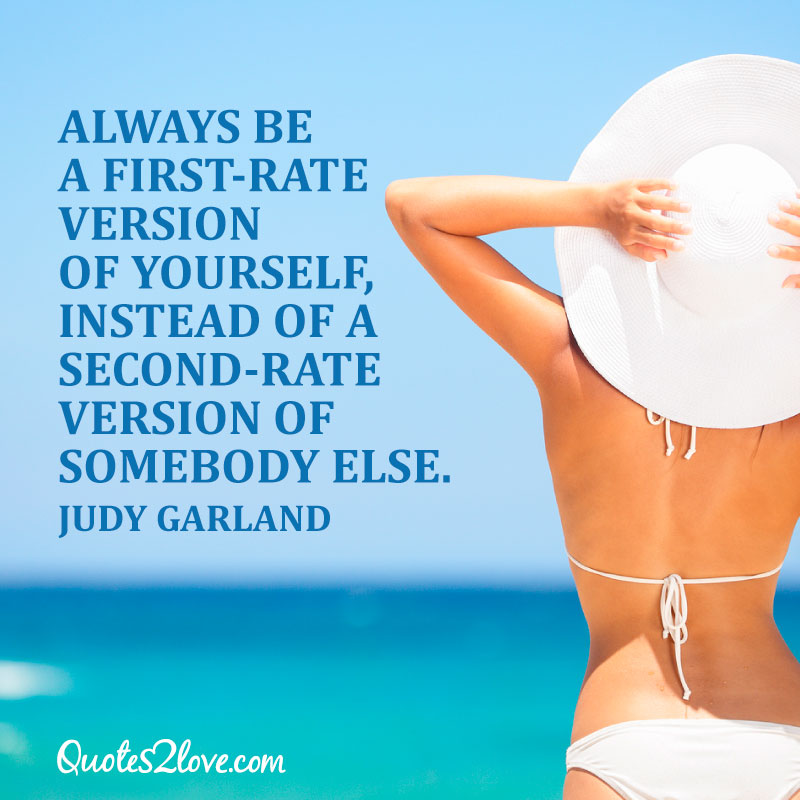 Judy Garland was an actress, singer and iconic Wizard of Oz star, known for her unique vocals and talent and troubled and tragic life. Described by Fred Astaire as “the greatest entertainer who ever lived”, she remains one of the most famous Hollywood stars of all time.

Some of her famous life quotes include:

For it was not into my ear you whispered, but into my heart. It was not my lips you kissed, but my soul. – Judy Garland

I’ve always taken ‘The Wizard of Oz’ very seriously, you know. I believe in the idea of the rainbow. And I’ve spent my entire life trying to get over it. – Judy Garland

In the silence of night I have often wished for just a few words of love from one man, rather than the applause of thousands of people. – Judy Garland

We cast away priceless time in dreams, born of imagination, fed upon illusion, and put to death by reality. – Judy Garland

Dec 22, 2014quotes2love
How do monsters tell their fortune? They read the ‘horrorscopes’.HO-HO-HOLIDAY FACEBOOK COVERS