J.K. Rowling’s Best Advice to the Muggles Outside the Wizarding World 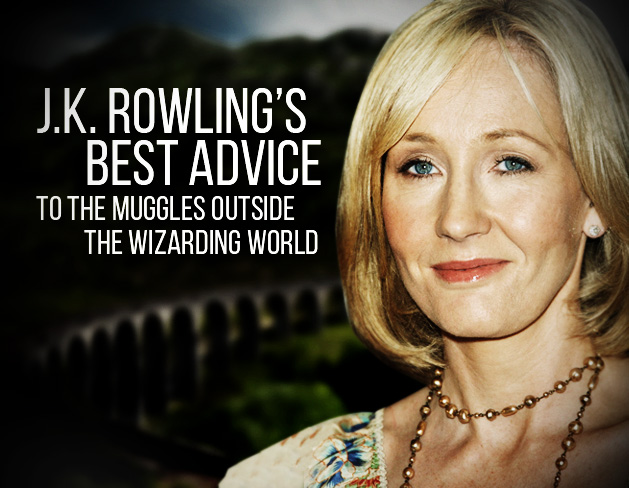 When looking for a daily dose of wisdom, especially in times of trouble, one can’t overlook J.K. Rowling’s quotes from her 2008 commencement speech to a Harvard graduating class where she was talking about the importance of imagination and failure in shaping her life. As a true survivor, renowned philanthropist and advocate of tolerance, J.K. Rowling proved that she’s got some important things to tell to the muggles outside the wizarding world. Her words, which she delivered to some of the most elite students in the world, went beyond the usual career cliches and became powerful messages for everyone who is facing some setback in life or thinks that the failure is the worst thing that can happen to them.

But the road to success wasn’t without her fair share of hardship.

“An exceptionally short-lived marriage had imploded, and I was jobless, a lone parent, and as poor as it is possible to be in modern Britain, without being homeless … By every usual standard, I was the biggest failure I knew,”

Rowling said during the Harvard commencement speech. At that point, she became clinically depressed and that feeling of numbness, despair and grief inspired her to later create Dementors, soul-sucking creatures that live off of people’s worst fears, in Harry Potter series. But she discovered that the failure could be liberating. It only inspired her to keep going after the thing that she wanted the most, and that is to be a writer. And at the end of her quest, as well as at the end of her Harry Potter series, she found out that love is the true meaning of life and the only thing worth living for. Very powerful message, don’t you think so?

These days J.K. Rowling, one of the bestselling authors of all time and one of the richest women in the world, donates millions to charities because she knows how it is when you hit rock bottom. Here you will find inspiring J.K. Rowling’s quotes that will help you overcome adversity and bring you just a little bit of magic in your life. If you have a dream but keep running into obstacles or just going through tough times, this positive words will sparkle your day and convince you that all is not so bad and that every new day brings new possibilities.

– 1 –
There is an expiration date on blaming your parents for steering you in the wrong direction; the moment you are old enough to take the wheel, responsibility lies with you. – J.K. Rowling

– 2 –
Ultimately we all have to decide for ourselves what constitutes failure, but the world is quite eager to give you a set of criteria, if you let it. So I think it’s fair to say that by any conventional measure, a mere seven years after my graduation day, I had failed on an epic scale. An exceptionally short-lived marriage had imploded, and I was jobless, a lone parent, and as poor as it is possible to be in modern Britain without being homeless. The fears that my parents had had for me, and that I had had for myself, had both come to pass, and by every usual standard I was the biggest failure I knew. – J.K. Rowling

So why do I talk about the benefits of failure? Simply because failure meant a stripping away of the inessential. I stopped pretending to myself that I was anything other than what I was and began to direct all my energy into finishing the only work that mattered to me. – J.K. Rowling 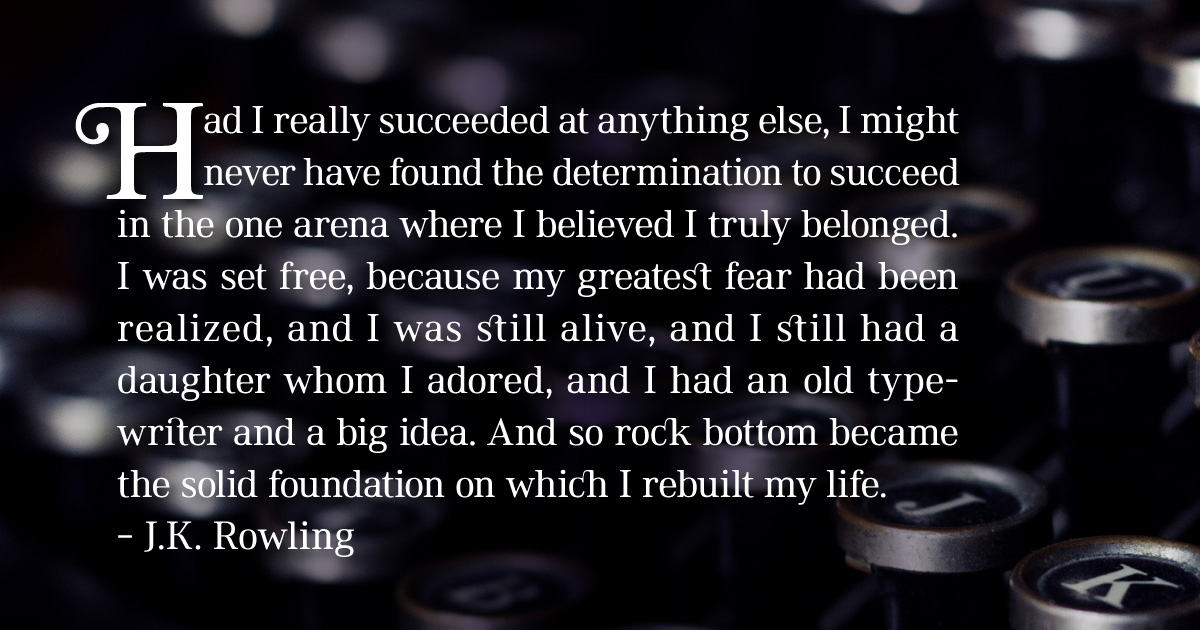 Had I really succeeded at anything else, I might never have found the determination to succeed in the one arena where I believed I truly belonged. I was set free, because my greatest fear had been realized, and I was still alive, and I still had a daughter whom I adored, and I had an old typewriter and a big idea. And so rock bottom became the solid foundation on which I rebuilt my life. – J.K. Rowling Quotes 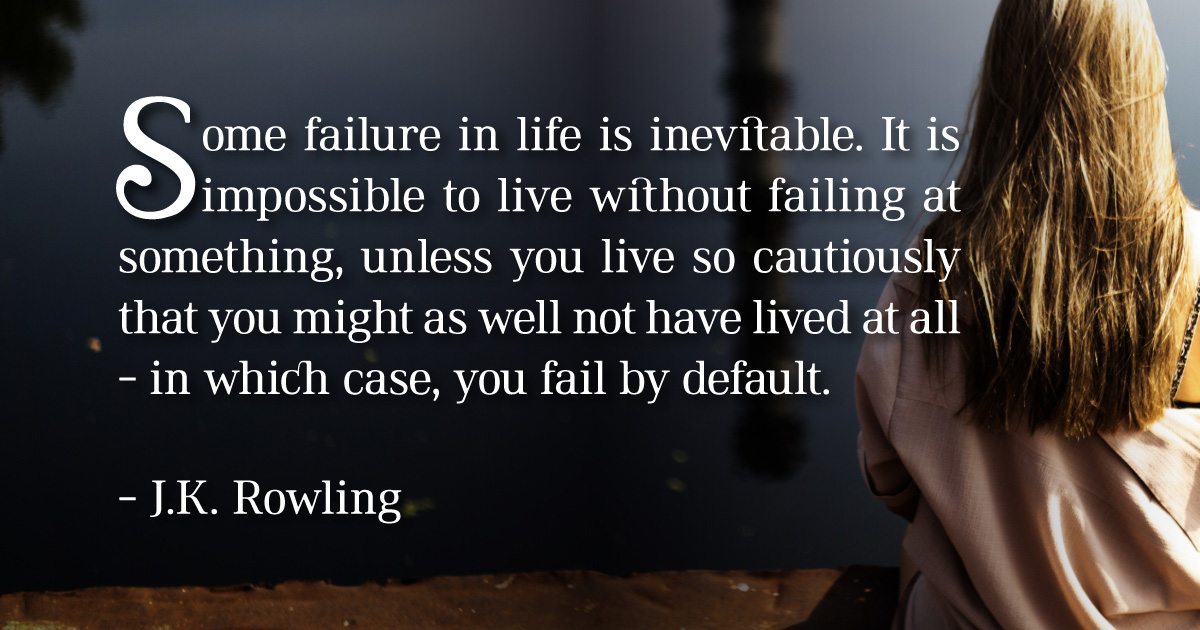 Some failure in life is inevitable. It is impossible to live without failing at something, unless you live so cautiously that you might as well not have lived at all – in which case, you fail by default. – J.K. Rowling Quotes

Failure gave me an inner security that I had never attained by passing examinations. Failure taught me things about myself that I could have learned no other way. I discovered that I had a strong will and more discipline than I had suspected; I also found out that I had friends whose value was truly above the price of rubies. – J.K. Rowling Quotes

The knowledge that you have emerged wiser and stronger from setbacks means that you are, ever after, secure in your ability to survive. You will never truly know yourself, or the strength of your relationships, until both have been tested by adversity. Such knowledge is a true gift, for all that it is painfully won, and it has been worth more than any qualification I’ve ever earned. – J.K. Rowling

So given a Time-Turner, I would tell my twenty-one-year-old self that personal happiness lies in knowing that life is not a checklist of acquisition or achievement. Your qualifications, your CV, are not your life, though you will meet many people of my age and older who confuse the two. Life is difficult, and complicated, and beyond anyone’s total control, and the humility to know that will enable you to survive its vicissitudes. – J.K. Rowling 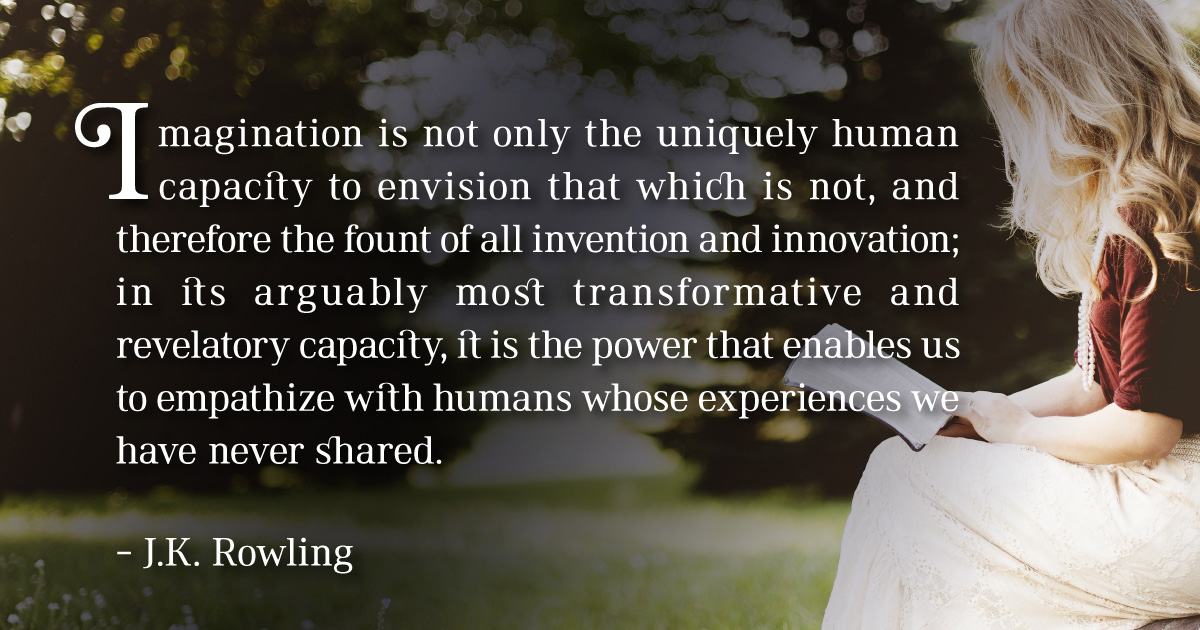 Imagination is not only the uniquely human capacity to envision that which is not, and therefore the fount of all invention and innovation; in its arguably most transformative and revelatory capacity, it is the power that enables us to empathize with humans whose experiences we have never shared. – J.K. Rowling Quotes 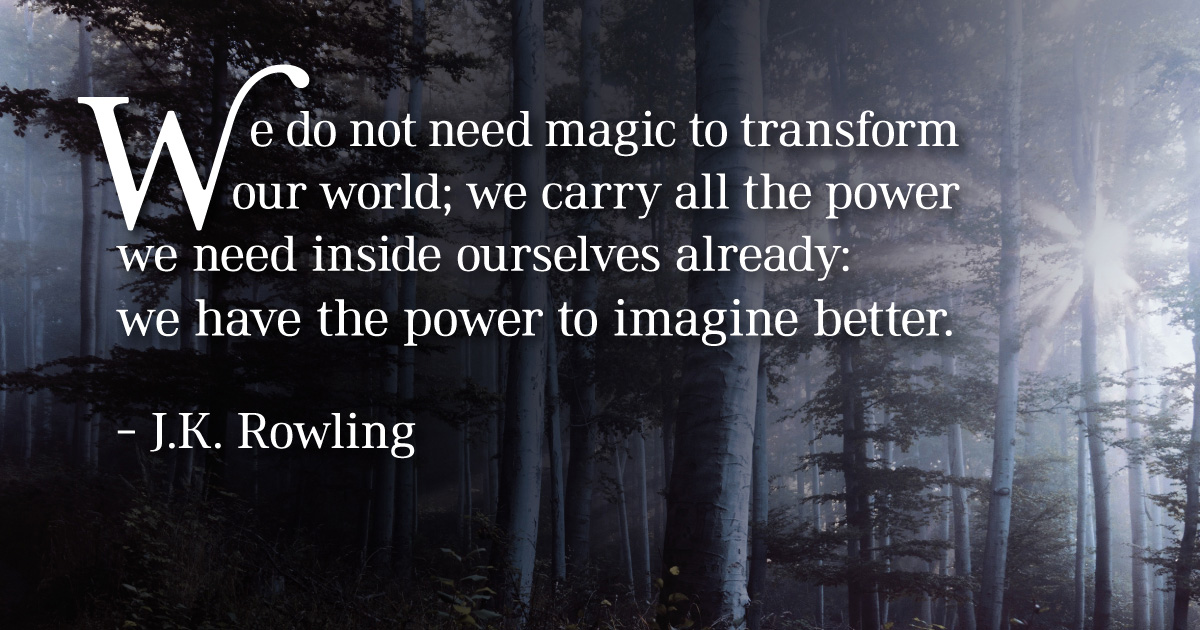 We do not need magic to transform our world; we carry all the power we need inside ourselves already: we have the power to imagine better. – J.K. Rowling Quotes

If you want to know what a man’s like, take a good look at how he treats his inferiors, not his equals. – J.K. Rowling

So given a Time Turner, I would tell my 21-year-old self that personal happiness lies in knowing that life is not a check-list of acquisition or achievement. Your qualifications, your CV, are not your life, though you will meet many people of my age and older who confuse the two. – J.K. Rowling

The world is full of wonderful things you haven’t seen yet. Don’t ever give up on the chance of seeing them. – J.K. Rowling

I have never been remotely ashamed of having been depressed. Never. What’s to be ashamed of? I went through a really rough time and I am quite proud that I got out of that. – J.K. Rowling

The knowledge that you have emerged wiser and stronger from setbacks means that you are, ever after, secure in your ability to survive. – J.K. Rowling 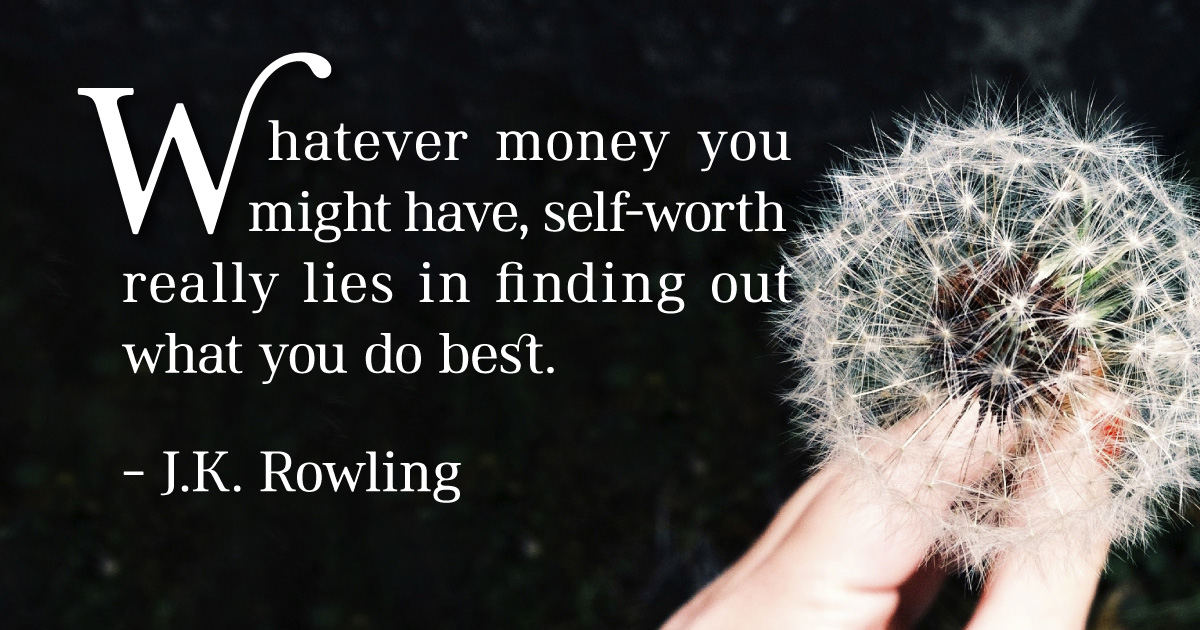 Whatever money you might have, self-worth really lies in finding out what you do best. – J.K. Rowling Quotes

I don’t think there’s any harm at all in allowing a kid to fantasize. In fact, I think to stop people from fantasizing is a very destructive thing indeed. – J.K. Rowling

If you liked these quotes, maybe you’ll also like LEGENDARY ANDY WARHOL QUOTES ON ART, FAME AND LIFE