3 THINGS ABOUT LIFE EVERYONE CAN LEARN FROM PELÉ, ONE OF THE GREATEST SOCCER PLAYERS OF ALL TIME 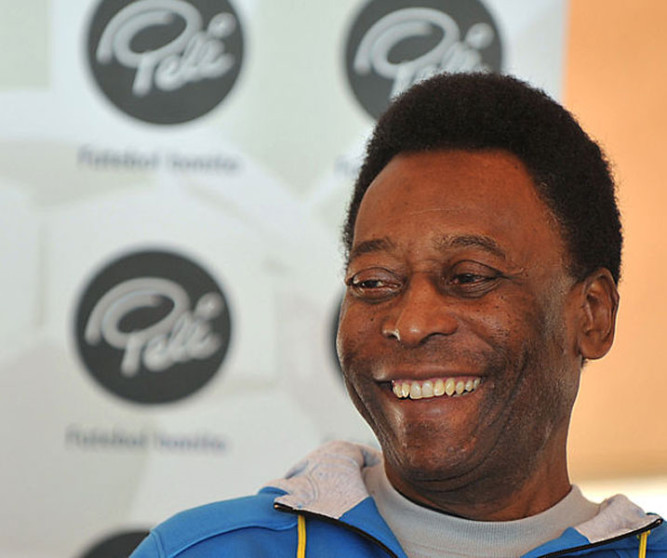 Considered by many the greatest player in the football history, Brazil’s Pelé used his unorthodox style of play and his unbeatable spirit to overcome all odds, find greatness and inspire the world of soccer that he changed forever.

He mesmerized the globe with his magical feet, all great athletes in the soccer are measured against this Brazilian who made the world stop and watch his transcendent play. Even today he is the only person who has won 3 World Cups, a living legend, an inspiration to many. Here are the lessons we can all learn from the king of soccer, the one and only incredible Edson Arantes do Nascimento Pelé.

1. ENTHUSIASTICALLY BELIEVE IN YOUR DREAMS

Like so many of his countrymen, Pelé grew up in the society that was filled with poverty. His parents couldn’t afford to buy young Pelé a soccer ball so he would run shoeless through the streets and kick cans, grapefruits, coconuts, rolled up socks or whatever he could find. To make money for a soccer ball, Pelé helped his uncle sell wood and also sold peanuts and shined shoes outside movie theaters.

Turn your misfortune into gain

But disadvantages didn’t stop Pelé from making his dream come true. More than anything, he wanted to be a top soccer player. He skipped school to practice soccer in the fields, he played the game with his neighbors on the streets and in this rough soccer environment developed many of his feints and unconventional dribbling maneuvers. And he never lost sight of his dream. As a true daydreamer, he was determined to turn his daydreams into reality. 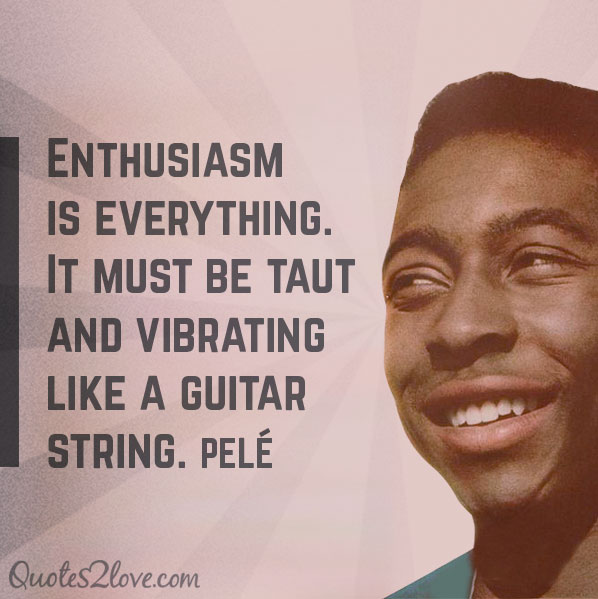 Enthusiasm is everything. It must be taut and vibrating like a guitar string. Pele

2. WORK HARD TO GET WHAT YOU WANT

Pelé once said, “I don’t believe there is such a thing as a ‘born’ soccer player. Perhaps you are born with certain skills and talents, but quite frankly it seems impossible to me that one is actually born to be an ace soccer player”.

When Pelé was 15, his dream of being a soccer star started to come true – he joined a top soccer team in Santos, Brazil. The rest is history – he is the only person who has played on three World Cup winning teams, he struck 1,281 goals in 1,363 games and is best known for his incredible shots, dribbling skills and bicycle kick that later became his signature move. He worked hard, and that made him one of the world’s greatest soccer players. 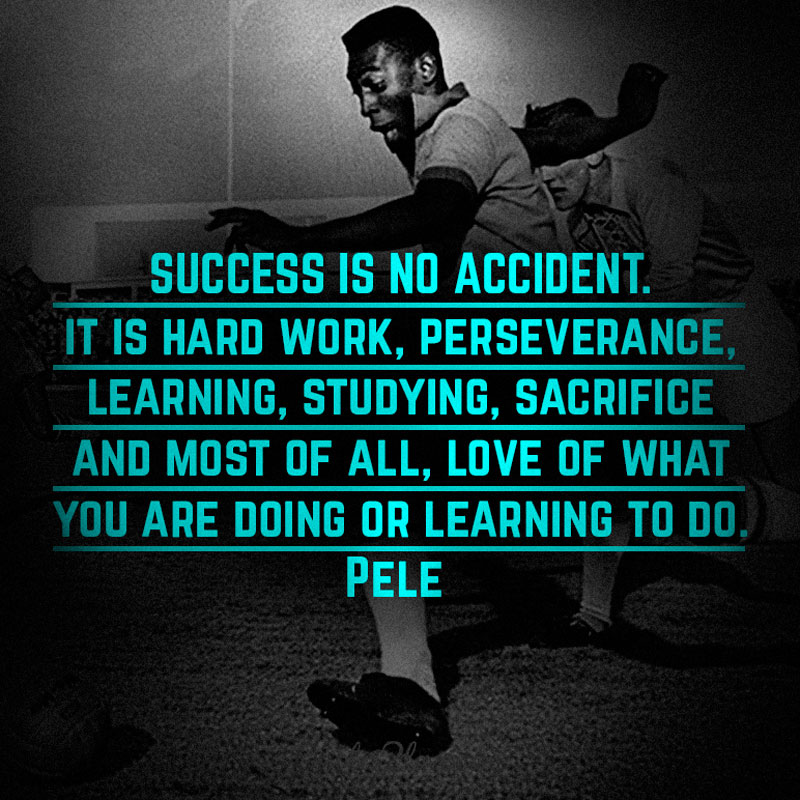 Success is no accident. It is hard work, perseverance, learning, studying, sacrifice and most of all, love of what you are doing or learning to do. Pele

From his humble beginnings to his remarkable soccer feats he never lost sight of what’s important. “Be a man, in failure and success. Only this way can you achieve personal dignity and earn the respect of your fellow men”, that is what Pelé believed in. After 20 years of remarkable career, he hung up his boots and became an active philanthropist and a humanitarian. He used his success to help raise money for humanitarian causes. In his playing days, a cease-fire was even declared in warring Nigeria when Pele went to play in Lagos. That says it all.

The legend lives on

Pelé is one of the rare athletes who became a legend, someone who will certainly go down in history as one of the greatest footballers, humanitarians and role models to ever walk this Earth. 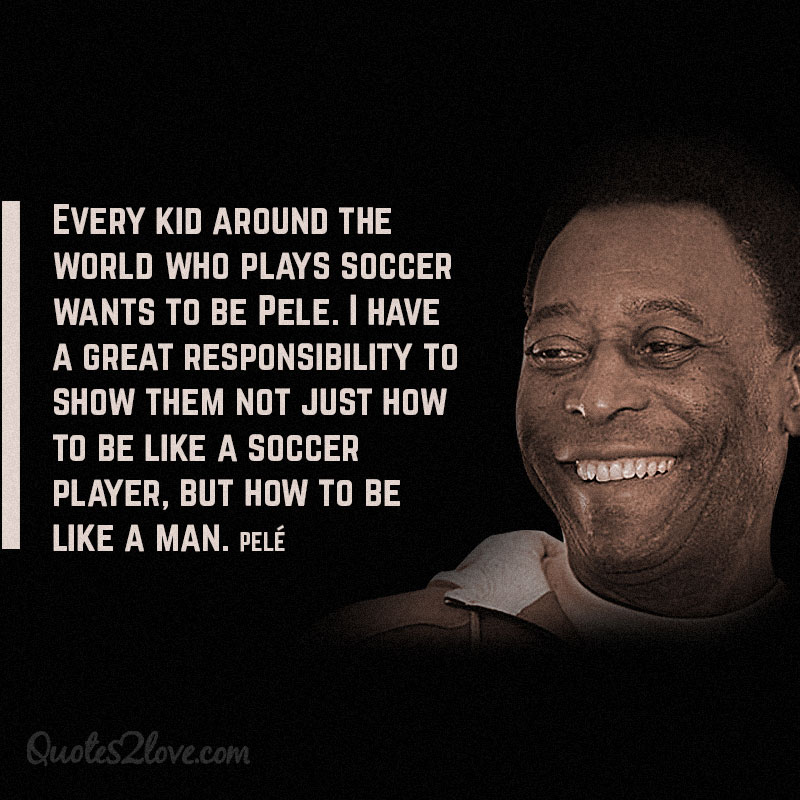 Here is the quote from the man, Edison Arantes do Nascimento Pelé, himself: 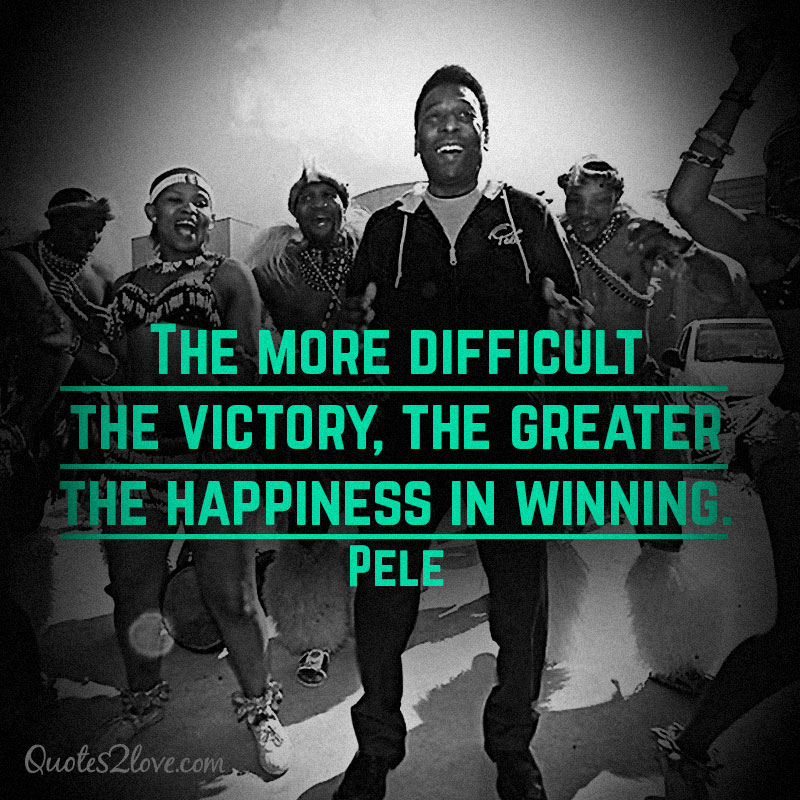 The more difficult the victory, the greater the happiness in winning. Pele

Pelé never gave up. His family didn’t have much money, but he continued to pursue his dreams. And the numerous obstacles made his victory even sweeter.

Jan 2, 2015quotes2love
A person who never made a mistake never tried anything new. Albert Einstein6 wonderful Jim Carrey messages about life, success and following your dreams